British Airways to enter the Guyana Market in 2023 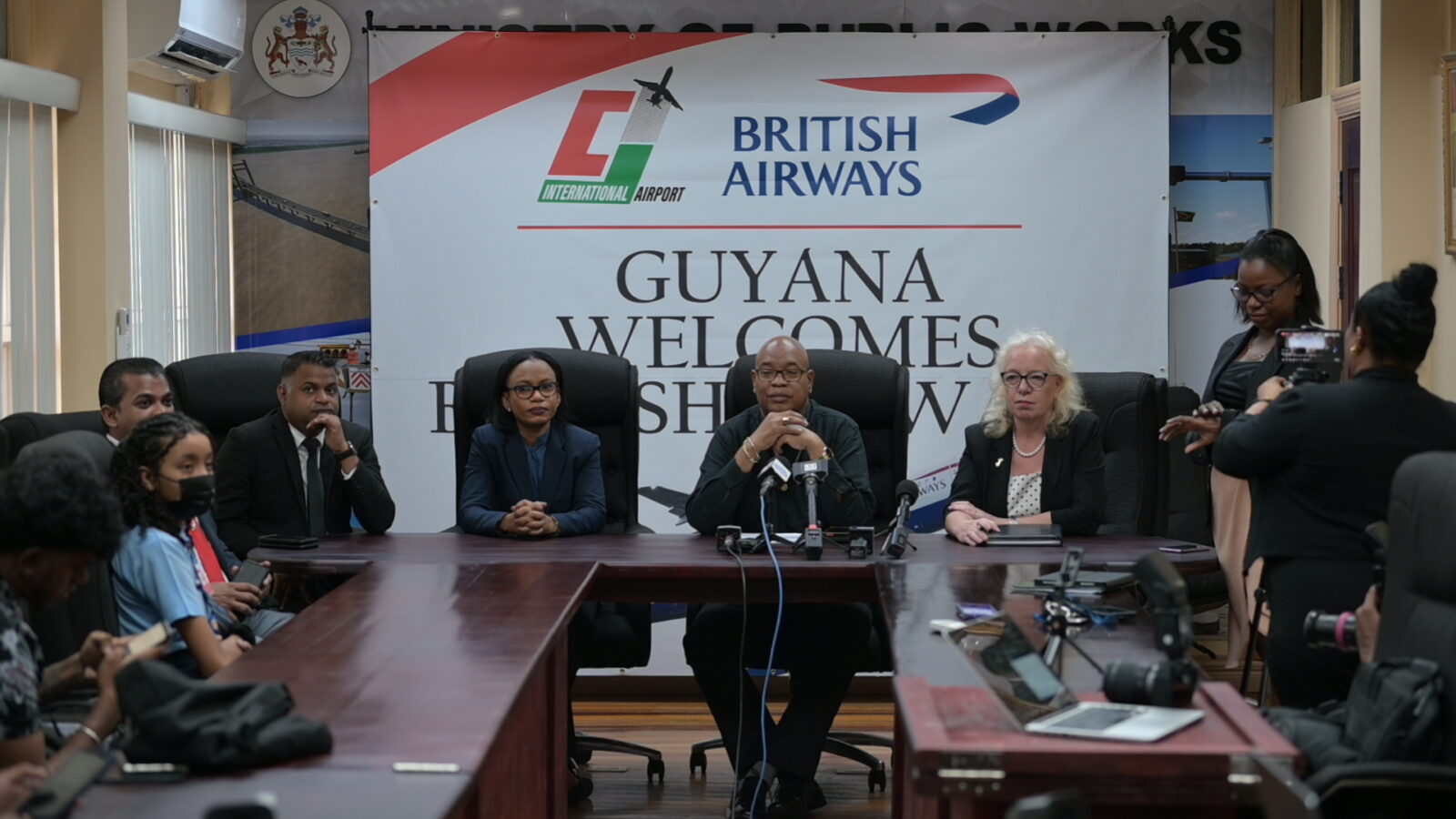 British Airways to enter the Guyana Market in 2023

British Airways, the UK’s flag carrier, will officially enter the Guyana market in 2023 to offer commercial flight operations to the traveling public. Tickets will officially go on sale from August 10, 2022 and it will operate two flights per week.

This development is the culmination of an initiative which commenced with an engagement between President Irfaan Ali, Minister of Tourism, Industry and Commerce, Oneidge Walrond and officials of British Airways in London earlier this year.

The full service global airline will offer connections from London to Guyana via St. Lucia.

Minister of Tourism, Industry & Commerce, Oneidge Walrond, noted that the announcement of British Airways’ entry into the market is excellent news for Guyana’s travel and tourism industry, which has seen remarkable growth during its post-pandemic recovery period.

She said “We foresee endless possibilities as Guyana’s tourism product is unique. Birding, nature and adventure enthusiasts will find paradise in our untouched rainforests and savannahs, home to 820+ species of birds and exotic wildlife.”

She further noted, “What’s even more important is the fact that the United Kingdom, one of our main source markets has significant demand for experiences which align with Guyana’s tourism products and which will,

without a doubt, result in an influx of travellers to Guyana through this new route.”

Minister within the Ministry of Public Works, Deodat Indar, thanked Ramesh Ghir, Chief Executive Officer of the Cheddi Jagan International Airport for working with the British Airways team to bring this plan to fruition.

The Minister also said, the Government of Guyana will continue to make strong investments to develop the country’s existing infrastructure.”

He noted, “It has been long overdue and it is testimony of Guyana becoming a major investment destination and this is the reason we have been working to develop our existing infrastructure, especially at the Cheddi Jagan International Airport to facilitate such investment opportunities.”

Minister of Public Works, Bishop Juan Edghill, believes that with the expansion of the Cheddi Jagan International Airport (CJIA), it will open up avenues to increase international connectivity and attract more transatlantic carriers.

He said Guyana aims to become a major link between South America and Europe.

He added that, “Wide bodied/transatlantic aircraft from places, like Europe can easily be accommodated with our extended boarding corridor and the two additional boarding bridges, which are currently being installed. The installation of the bridges is scheduled for completion in September.”

He noted that, “This expansion will provide tremendous benefits to Guyanese, mainly through reduced costs for travel and export.”

Minister Edghill noted that this new venture will allow Guyanese easier access to other continents in Europe and Africa at affordable prices.

He said, these ongoing efforts to modernize the airport facilities are aligned with the Government’s vision to catapult the local aviation sector into new frontiers.

Minister Edghill added, “This is why we are happy to welcome the British Airways 777-200 ER aircraft to these shores.”

He further explained that the aircraft has a cargo hold volume of 4800 cubic feet for both passenger baggage and cargo.

This will immensely benefit imports and exports, while generating economic growth and facilitating international trade.

The Boeing 777-200 ER can accommodate 332 passengers and will be one of the largest passenger carriers to serve the Guyana market.